Woman Goes Into Anaphylactic Shock After Swallowing Her Partner's Semen 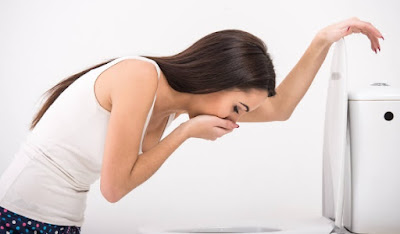 A woman suffered a life-threatening allergic reaction to penicillin after performing oral sex on her partner.

Doctors in Spain who treated the 31-year-old have now urged anyone with drug allergies to 'be aware' of the potential risk from oral s-x.

The unidentified woman swallowed her lover's semen and afterwards began to vomit, struggle to breathe and break out in hives.

The patient, from Alicante in Spain, went to hospital with suspected anaphylactic shock. It is unclear how long after her s-xual encounter she sought help.

Doctors ruled out a rare semen allergy when the woman admitted she had never suffered any symptoms in her previous sexual encounters.

Medics then discovered her 32-year-old partner had taken amoxicillin-clavulanic acid – a form of penicillin – to treat an ear infection.

As a result, the doctors at Hospital General Universitari d'Alacant suspected her anaphylaxis was caused by 'seminal transfer of amoxicillin'.

The case, believed to be the first of its kind ever recorded, was published in the British Medical Journal Case Reports.