Woman 'Stabs Boyfriend To Death After Row Over Facebook Messages' 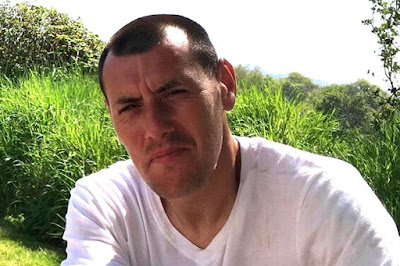 A woman stabbed her boyfriend to death with a kitchen knife after a row about him messaging other women, a court heard.

Lindsey Ann Gabriel, 31, believed James Field was having affairs or having contact with other women, it was said.

She checked Mr Field's Facebook page and saw a number of ladies had accepted friend requests from him.

Gabriel then smashed up his vehicle and wrote in paint "cheat, waster, liar player" and wrapped the car in wrapping paper", Truro Crown Court heard.


Prosecutors claim Gabriel then stabbed him with a large kitchen knife.

James was found by passers-by lying collapsed on the pavement outside Gabriel's house in Bugle, near St Austell, on September 28, 2018.

The labourer, of Truro, had suffered a single stab wound that penetrated his ribs and into his heart and died later that night.

Prosecutor Jo Martin QC said student Gabriel she must have stabbed him with the intention to kill or at least do very serious harm.

Miss Martin said: "Lindsey Gabriel and James Field were in an on/off relationship for a few months but didn't live together.

"Not long before he died James Field bought a car, a Vauxhall Astra, and he and Lindsey Gabriel were doing it up.

"The car was kept on the drive of Lindsey Gabriel and James Field didn't have a driving license or wasn't insured.

"This caused some friction and the car plays a leading role in what happened."

She says he stabbed himself and denies murder.
at March 30, 2019