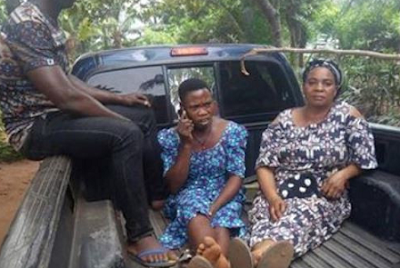 Two women, Kate Ugwu and Ekwutosi Onodu, have been arrested by the Central Neighborhood Watch in Igbo-eze LGA of Enugu State, for allegedly selling a 2-day-old baby, Toochi.

According to Kate, Onodu contacted her to help her niece, as they do not need the baby in their family because her 13-year-old sister is too young to be a mother.

Kate said: “So I contacted a friend of mine in Rivers State who promised to pay the sum of N300k and I delivered the package to him already.“

Meanwhile, the young mother of the child has been rushed to the hospital as she was found bleeding inside Onodu’s room.