Yahoo Boy Who Posed As US Based Widower Jailed 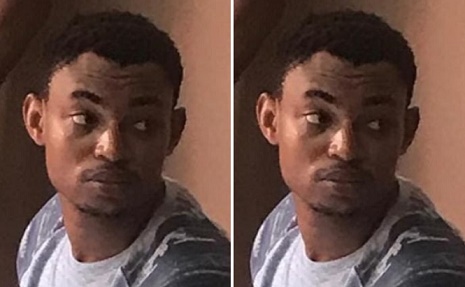 The Economic and Financial Crimes Commission, EFCC, Lagos Zonal office, on Wednesday, March 20, 2019 secured the conviction and sentencing of one Andrew Aigbedion, an internet fraudster from the Special Offence Court sitting in Ikeja, Lagos state and presided over by Justice Sherifat Solebo. .

The convict was arraigned on a one-count charge that borders on possession of a fraudulent document.

The count reads, “that you, Andrew Aigbedion (a.k.a Steve) on or about the 5th day of January 2018, at Lagos, within the Ikeja Judicial Division, had in your possession a document wherein you falsely represented yourself to one Anne that you are a widower and originally from Greece and has lived in the United States of America for less than 26 months when you knew or ought to know, having regard to the circumstances of the case, that the document contains false pretence and committed an offence contrary to Section 318 of the Criminal Laws of Lagos State No. 11 of 2011.”


The prosecution counsel, Bilkisu Buhari, informed the court that the convict pleaded guilty to charge preferred against him at the last sitting and consequently, moved to review the facts of the case.

According to the prosecution counsel: “Sometime in May 2017, the defendant was arrested by operatives of the EFCC and upon his arrest, he volunteered his statement. In the course of the investigation, he admitted to being into romance scam.

Upon a forensic analysis into his email address-musicalous@yahoo.com-, documents containing false pretence were printed out. “The defendant impersonated a white man named Steve and confessed to obtaining the sum of $15,000 (Fifteen Thousand United State Dollars) and Seven Million Naira (N7, 000, 000) from unsuspecting members of the public.

“The defendant also admitted to purchasing two exotic cars from the proceeds of crime, which he agreed to forfeit to the Federal Government.”

The prosecution counsel, upon the detailed review of facts, prayed that Aigbedion be convicted as contained in the plea bargain agreement.
at March 21, 2019