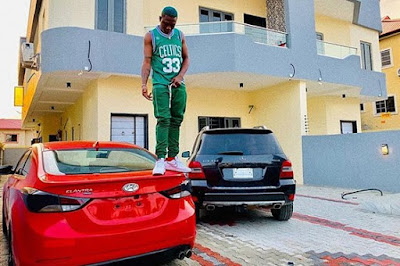 Rave of the moment, Zlatan Ibile who is the originator of Zanku dance, according to reports has just acquired a house and two cars. Though, Zlatan never said he bought the house, many however says he did buy it alongside the two cars. Zlatan posted the photo and captioned it: ''ABLE GOD''