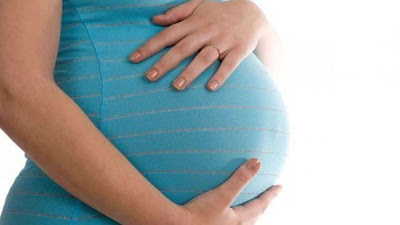 Latifah Smith-Nabengana, a pregnant 15-year-old teenager from a “very religious family” has claimed that Jesus Christ is the father of her unborn baby.

According to her, an angel, during an encounter in July 2015, ‘divinely impregnated’ her while explaining that she had been chosen to bear a child for Jesus Christ.

World News Daily Report quoted her to have said: “she was visited by an Angel of God in July 2015”. That presence told her that she had been chosen to bear Christ’s son.

“The Nephilim were on the earth in those days, and also afterward, when the sons of God came in to the daughters of men, and they bore children to them. Those were the mighty men who were of old, men of renown.”

The girl’s family being “very religious” believe her wholeheartedly and await the birth of her child.

Dr. William Franklin Murphy, the dector who has been following the girls’ pregnancy, says he is aware of his patient’s claim, but can’t confirm or invalidate them right now until the child is born.

“Her claims of Virgin pregnancy are technically true, but that doesn’t mean there was a divine intervention. I can tell you that it’s a boy, but there is no way for me to determine if it is Jesus’ son until he is born.”