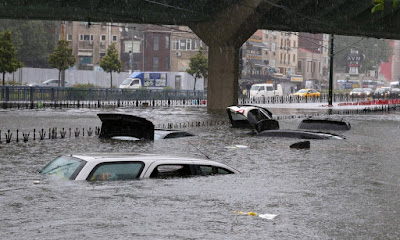 The rains hit the districts of Kamuli and Buyende during the night, with some people drowning in the flood waters and others hit by collapsing walls, the region's police spokesperson Michael Kasadha said.

"Many of the children could not quickly run away from the floods and it's probably the reason why they died in large numbers," he said.
More than 50 injured people have been taken to hospital, and police say they expect to retrieve more bodies.