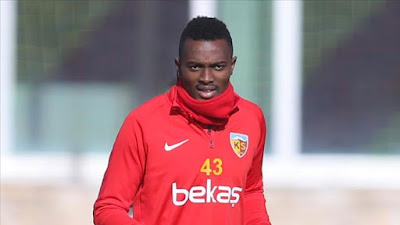 Burundi international midfielder Papy Faty has died after collapsing during a match in Piggs Peak town in north-western eSwatini.

The 28-year old was playing for local team Melanti Chiefs against Green Mamba when he collapsed after only about 15 minutes on the pitch.

He was rushed to hospital, where he was declared dead.

The former Bidvest Wits players, has been diagnosed of  heart problems in the past and it is believed he died of heart failure.


The midfielder's death was been confirmed by one of the senior officials at Malanti Chiefs but he declined to reveal more information before the player's next of kin is informed.