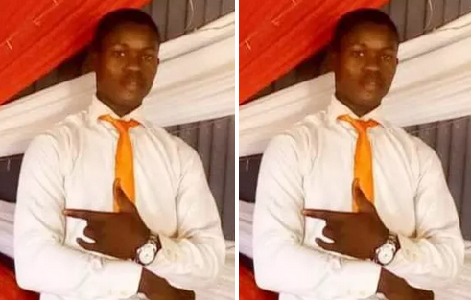 Anxiety mounted as reports had it that this would be the fourth time students of the school would fall from the same mango tree in recent time within the government school’s premises.

The deceased was alleged to have been sent to pluck the mango by one of his teachers in the school after their tutorials at about 1.30p.m.

A source in the school told Vanguard that “this is the fourth time a student would be falling from the tree whenever they are sent by their teachers to pluck mango for them.


“We all came for tutorial on Saturday. After the tutorial, one of our teachers asked him to pluck mango for him. It was while he was on the tree trying to pluck the mango that he fell and was rushed to the hospital, where he died.

“This is the fourth time a student has died after falling from that particular tree in this school, and our teachers don’t hesitate to send us to pluck mango for them, despite the danger and our cries that the tree is evil.

“But we can’t disobey them whenever they send us to climb the tree to pluck mango.”

Vanguard gathered that there was pandemonium in the school after the incident, with the Principal and the teachers going underground as the news of the incident spread.

Meanwhile, the father of the deceased, Pastor Bode Adegoke, confirmed the incident, saying the branch of the tree he stood on gave way, adding that he hit his head on the ground and bled profusely.

According to him, “he was rushed to a private hospital called Abitoye Hospital, from where he was referred to the Trauma Centre in Ondo town, where he eventually died at about 6.52p.m.”

The bereaved father said representatives of the school authorities had visited him yesterday to sympathise with him. He, however, said the school’s principal was nowhere to be found since the incident occurred on Saturday.

Pastor Adegoke told Vanguard that the matter had been reported at the Police Station.

Contacted, the state police image-maker, Femi Joseph, said the matter was still under investigation, but promised that the matter would be looked into and those that are culpable would be made to face the law.