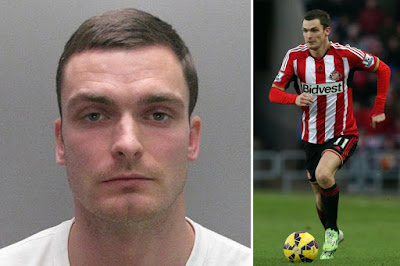 Disgraced former footballer Adam Johnson has said he "deeply" regrets his actions after he was freed from prison where he served three years for child s-x offences.

Johnson, who had played for England, said today he wants to move on with his life after engaging in sexual activity with a besotted 15-year-old fan.

The 31-year-old was released from prison on March 22 after serving half of his six-year prison sentence.

He admitted two charges relating to kissing the girl and meeting her with intent after grooming her.


And he was convicted by a jury of a further offence of s-xual activity with a child when they met in his Range Rover in 2015, a conviction which he unsuccessfully attempted to overturn.

In a statement on Tuesday, the dad said he "would like to take this opportunity to publicly express my remorse for my actions" which "led to my conviction and imprisonment".

"I am very sorry for the effect my conduct had on those directly and indirectly involved. It should never have happened and I deeply regret what I did," he continued.

"I now want to concentrate on the future and want to demonstrate through my actions that I am committed to repaying them for their support."

Asked whether the future for Johnson meant a return to football, his father Dave Johnson said "no comment".

There has been debate over whether the former Sunderland and Manchester City winger should be allowed to return to his lucrative career, with convictions charity Unlock saying he should not be "punished forever".