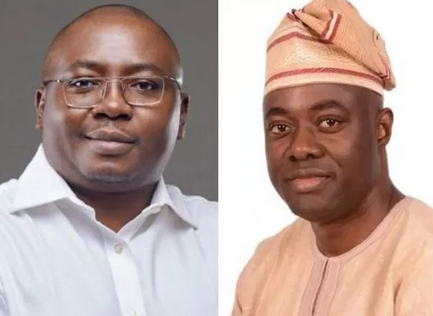 Adelabu is praying the tribunal to overturn Makinde’s victory.

He filed the suit alongside his party, whose state chairman, Chief Akin Oke, had after the result of the election, said the APC was considering approaching the election tribunal to upturn Makinde’s triumph.


Makinde was on March 10 declared the winner of the governorship election by the state Returning Officer, Prof. Oluwatoyin Ogundipe, having polled 515,621 votes to defeat Adelabu, who scored 357,982 votes.

The results indicated that Makinde defeated Adelabu with 157,639 votes.

Oke said: “I want to repeat what I said concerning the outcome of the last governorship election. First, I want to greet all the people who genuinely voted for us. But where there is a genuine case of fraud, of course why not go to court?

“Do you want us to continue to support fraud? I repeat we will go to court once there are enough grounds to do so.”

Yesterday, the APC made real its threat as it was listed as the second petitioner.

The petition has Independent National Electoral Commission (INEC) as first respondent. Makinde and PDP are second and third respondents.