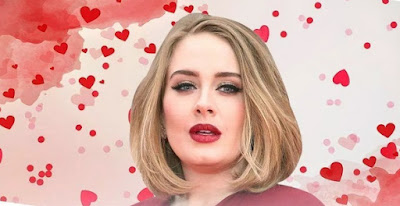 She announced her split from husband Simon Konecki after eight years together on Friday nd has now Adele is  reportedly keen to date an American man.

The superstar singer, 30, is said to be 'excited' at the prospect of new romance and wants friends to help her find a match, The Sun reports.

The Mirror has also claimed she is planning on releasing a heartbreak album by the end of the year and has been writing new material for some time.

A source The Sun: 'She's been excited speaking to men again. She is very much in the courting phase.


'She's attracted to other men and accepts it is over with Simon for good this time — there is no going back.

'She has asked friends to look out for potential dates. She doesn't want to rush or get into something too serious too soon.'

Moreover, The Mirror says 'she is throwing herself back into work to get over the break-up. She has been working on new material for a while.

'She has already had meetings with her record label, Sony, in London about her progress. London producers have been approached about working with her.

'They are hoping the album will be released by Christmas.'