Adele's Husband 'Could Get Half Her £145m Fortune' 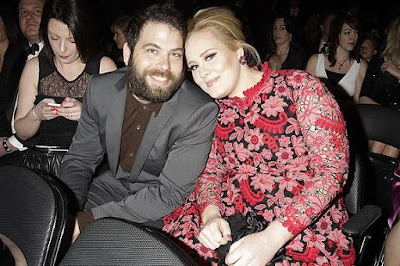 They announced their shock split after three years of marriage on Friday. And Adele and Simon Konecki are said to have made the decision to  go their separate ways before Christmas - amid claims he could get half her £145 million fortune, reports The Mirror.

Rumours over the strained state of the pair's marriage began swirling after charity entrepreneur Simon, 45, showed up to this year's Brit Awards in February without the songstress, 30, by his side - instead choosing to attend with friend Sid Owen.

The publication reports the couple did not sign a pre-nup before they tied the knot in 2016.


Adele's no show - having previously been a staple at the awards - was said to have been a clear indicator that all was not well between the pair.

The former couple - who share son Angelo, six, are now said to be gearing up for a multi-million pound divorce - which could see Simon entitled to up to half of the Tottenham-born hitmaker's £145m fortune.

It was also reported that Adele and Simon - who began their romance in 2011 and are said to be amicably separating- started drifting apart due to his travel with work and her discovery of a new social circle in LA and NYC.