After Hundreds Of Deaths, Another Storm Hits Mozambique 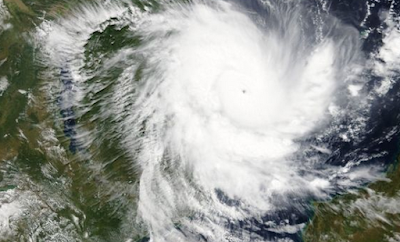 Cyclone Kenneth has made landfall in northern Mozambique, a country still recovering from another huge storm.

The cyclone has brought 220km/h (140mph) winds and has already killed three people on the island nation of Comoros.

Mozambique's National Institute of Disaster Management (INGC) said 30,000 people had been evacuated from areas likely to be hit.


More than 900 people died when the storm brought devastation to Mozambique, Malawi and Zimbabwe.