Annie Idibia Speaks About Growing Up The Hard Way 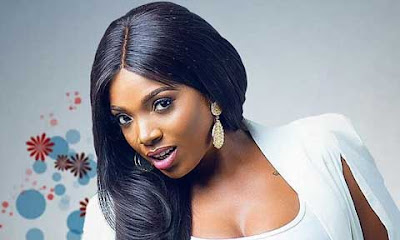 Annie Idibia in her latest chat with Saturday Beats speaks about how hard life was for her while growing up because her mother single-handedly raised them.

She says tho her father was not there for them, he took ill at the beginning of the year and they had to rally round him. She said, “This year started for me quite tough. I spent the first three months of this year in the hospital with my father because he had been sick for a while but God has been great and I am grateful.

“I am actually closer to my mother than my father because she raised us single-handedly. My father is still my father and since he was sick we had to rally round him.


“Growing up with only my mother really affected my life and I suffered and I do not ever want my children to face the agony of not having both parents together because it was so hard for us.

“Even right now, the way the world is, children are more enlightened than we were in our days, so the pressure would be harder on the kids from broken homes right now. I do not want my children to ever experience that.”

The actress, who is married to one of Africa’s biggest music stars, told Saturday Beats that she prefers to be addressed and identified on the basis of her own achievements as a movie practitioner rather than just the wife of Tubaba.

“I took a break from my career because after I got married, I got pregnant so I had a baby and had to get used to the new life. I think I did not do any movie for about three years.

“Being addressed as Tubaba’s wife instead of Annie the actress has been a problem that I have been trying to work on for a long time.

“I want to believe that I have successfully been able to identify and differentiate my brand as Annie Idibia the actress/career woman and Annie Idibia the wife/mother. I prefer being addressed as Annie and not Tubaba’s wife. I hate this because I am my own person and have worked hard to build my career and brand. I should be identified and respected on that basis,” she said.
at April 27, 2019