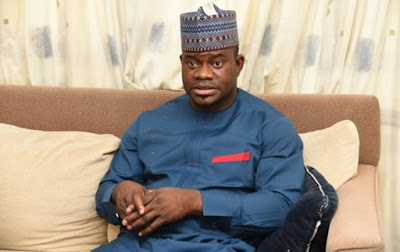 The All Progressives Congress has dismissed a recent report claiming that Kogi State Governor, Yahaya Bello, is planning to leave the party.

The party’s National Publicity Secretary, Lanre Issa-Onilu, dismissed the report in an interview with Punch correspondent in Abuja on Sunday.

The report had claimed that Bello was contemplating joining the Accord Party if the APC denied him re-election ticket.

It further claimed that the APC flags had been removed from the Governor’s Office and Government House in Lokoja, the state capital.


But Issa-Onilu dismissed the report as “balderdash.” He asked those behind the report to find a better job to do.

“Whoever is raising such an issue is talking balderdash and should find a serious job to do.

“It (the report) is stupid that I don’t want to waste my time speaking about it. I’m just dismissing it,” he said.

Recall that the Independent National Electoral Commission had fixed November 2 for the governorship election in the state.