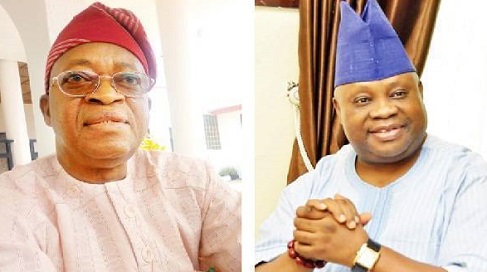 After taking arguments from parties in the appeals, Justice Jummai Sankey announced that judgement has been reserved and that the parties will be informed as soon as they are ready.

In three separate appeals filed by Oyetola, the All Progressives Congress and the Independent National Electoral Commission, they asked the appellate court to set aside the march 22nd, 2019 judgement of the Osun state election petition tribunal which declared Senator Ademola Adeleke as winner of the osun gubernatorial election.


Oyetola’s lawyer, Wole Olanipekun pleaded with the five man panel of the Appeal Court Justices to void the judgement of the tribunal because it violated the electoral act 2010 and judicial precedence of the supreme court.

INEC in it’s own appeal argued by Yusuf Ali informed the Appeal Court that the findings of the tribunal were wrong because they were based on uncertified documents dumped on the tribunal by Senator Adeleke and the PDP.

Although counsel to Oyetola declined commenting on the petition, lawyer to Senator Adeleke expressed optimism that the appellate court will uphold the verdict of the tribunal, Channels TV reports.