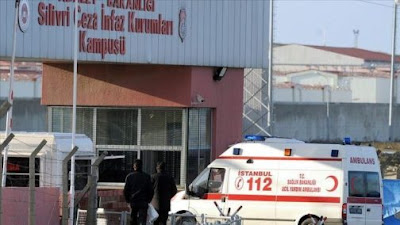 One of the suspects, who was arrested on charges of spying for the UAE, committed suicide by hanging himself in Istanbul’s Silivri prison, Turkey’s news agency has reported.

The body of the suspect, identified as Zaki Y. M. Hasan, was found hanging from the bathroom door in his cell at 10.22 a.m. local time (0722GMT) on Sunday, a statement issued by the Istanbul’s Chief Public Prosecutor’s Office said.

The suspects were arrested earlier this month as part of a probe by Istanbul prosecutors of alleged spying by the Gulf state.


The AFP reported that the man was detained as part of Turkey’s probe into the murder of Saudi journalist Jamal Khashoggi last October.

But Anadolu Agency said the deceased and others were remanded in custody on charges of political, military and international espionage.