Aside Threatening To Shut Down Blogs, Apostle Suleman Is Also Blocking NIGERIANS On Twitter 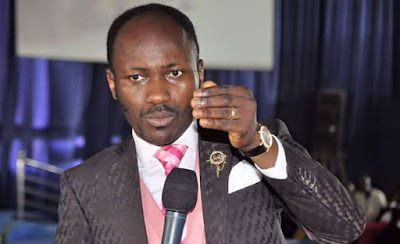 It’s a new Apostle Suleman so to say. The Apostle who recently threatened bloggers saying he has the powers to shut down any blog,  has now taking to twitter this morning to continue what looks like a threat. According to Suleman, anyone who says any negative thing about any man of God henceforth will now get a BLOCK from him.

''I don't block people on twitter because I believe in freedom of expression even if it doesn't agree with my opinions and what I stand for. But anyone that says anything negative about men of God here,will recieve a 'BLOCK' as a token of my love'', he wrote few minutes ago on twitter. 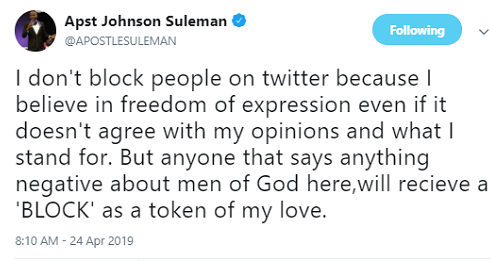