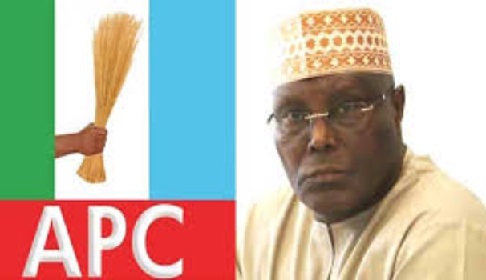 Former Vice President Atiku Abubakar has faulted the claim by the All Progressives Congress (APC) that he is not a Nigerian by birth and, therefore, not fit to be President.

Atiku, the Peoples Democratic Party (PDP) candidate in the February 23 presidential election, said he is a Nigerian by birth and was born on November 25, 1946 in Jada, Adamawa State by Nigerian parents and he is, therefore, a citizen of Nigeria by birth.

He said this in a joint reply he filed with his party to the response filed by the APC against their petition before the Presidential Election Petition Tribunal (PEPT) sitting at the Court of Appeal in Abuja.

Atiku, who gave details of his early life, also spoke about his working life and political career in Nigeria to support his claim that he is and has always been a Nigerian by birth.


Atiku and the PDP argued that it was late in the day for the APC to query his qualification for the election, having not done so at the pre-election stage.

They said: “Contrary to the allegations contained in paragraphs 1, 2, 3, 4, 5 and 6 of the 3rd respondent’s (APC’s) reply, the petitioners state that the 1st petitioner (Atiku) is a citizen of Nigeria by birth and thus qualified to vote and be voted for and returned in the election to the office of the
President of the Federal Republic of Nigeria, held on Saturday 23rd February, 2019, going by the relevant provisions of the 1999 Constitution (as amended).

“The 1st petitioner was born on 25th November, 1946 in Jada, Adamawa State by Nigerian parents and he is therefore a citizen of Nigeria by birth.

“The parents of the 1st Petitioner are both Fulani, a community/tribe indigenous to Nigeria.

“The birth of the 1st petitioner in Jada, in present day Adamawa State of Nigeria was occasioned by the movement of his paternal grandfather called Atiku who was an itinerant trader, from Wumo in present day Sokoto State to Jada in the company of his friend, Ardo Usman.

“That in Jada, Atiku, the grandfather of the 1st petitioner, gave birth to Garba who in tum gave birth to the 1st Petitioner and named him after his own father Atiku.

“The 1st petitioner’s mother, Aisha Kande, was the grand-daughter of Inuwa Dutse who came to Jada as an itinerant trader too from Dutse in present day Jigawa State.

“All averments concerning Germany, British Cameroons, League of Nations and Plebiscite are false and misleading in relation to the 1st Petitioner and therefore completely irrelevant, more so that the
1st Petitioner is a Nigerian by birth within the contemplation of the Constitution of the Federal Republic ofNigeria, 1999 (as amended).

“The averments in the aforesaid paragraphs are indeed fabricated, contrived, made in bad faith and designed to embarrass the 1st petitioner.”

The APC had, in its response to the petition by Atiku and the PDP, argued that, by virtue of his not being a Nigerian by birth, Atiku was not qualified to have contested the last presidential election.
at April 22, 2019