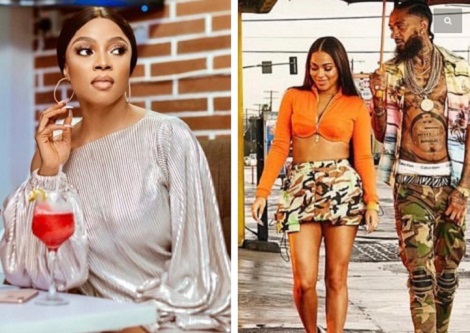 Toke Makinwa late yesterday joined the world to mourn US Rapper Nipsey, posting a photo of the late rapper and his girlfriend, saying just when they had settled to start living their lives, death came calling. Nigerians however got upset about her concern, wondering why she can't use her strength to condemn Kolade Johnson's brutal murder by SARS and asked her to join the ENDSARS Campaign.

So upset was one that she called her a big over grown idiot Another upset fan also called her out saying, it's all because she wants to trend and her butt is fake. Nawa! 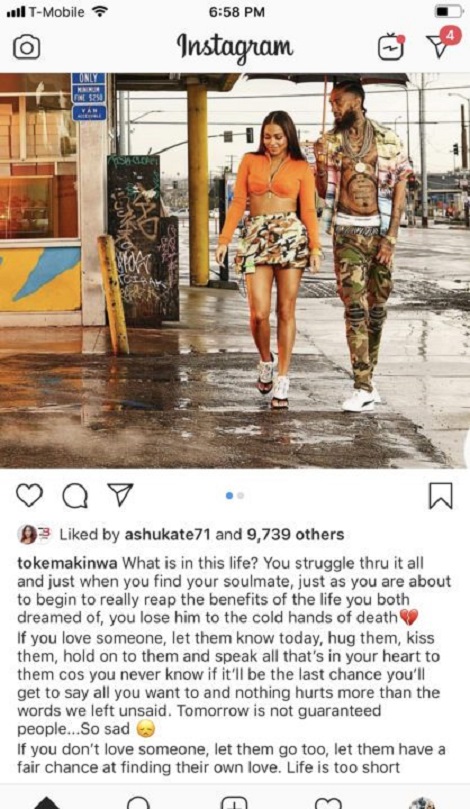 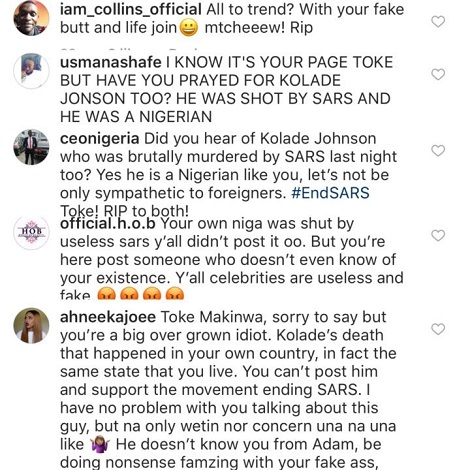 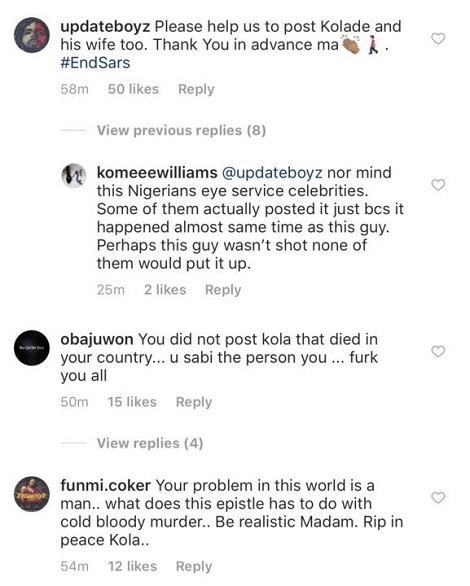