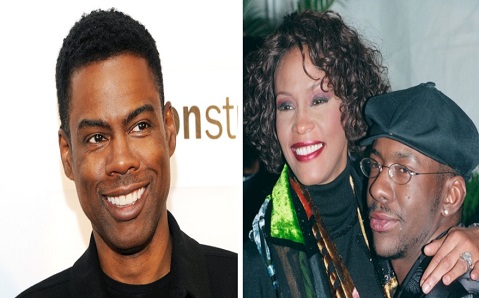 Chris Rock was having fun with a meme on Twitter over the weekend when he pissed alot of people off. The 54-year-old Grown Ups actor made a joke about the late Whitney Houston's drug use.

Soon, the songbird's ex, Bobby Brown shared that he was not happy with the remark.

'I thought you was a friend of the family,' said the 50-year-old rapper said.

The fuss began when Rock joked that he hates being in meetings when an email would have done the trick. The exact note read, 'Me sitting in a meeting that could've been an email.'


The comedian also shared a photo of a bored-looking Whitney with sunglasses on and a multicolored blazer.

The image was most likely taken from an old TV interview when she was in her twenties.

That was not the offensive part.

What bothered Brown was the note that followed from Rock: 'Hurry up I got crack to smoke.'

Brown reacted strongly to the insult. 'During this time of women empowerment you chose to use your time to try and humiliate our QUEEN!!!' he stated.

And he added, 'I thought you was a friend of the family.'

Rock's followers were also not happy about the rude comment. One said it was 'tasteless' while others trashed Chris for not being funny.