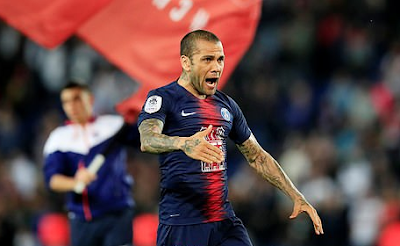 The Brazilian star became the most successful footballer in history as he claimed a remarkable 42nd career title on the weekend and he did it without even having to kick a ball.

PSG's nearest challengers, Lille, were held to a stalemate with Toulouse, ensuring Thomas Tuchel's side claimed another title with six matches remaining still.

He has 42 trophies at the age of 36 following hugely successful spells at European giants Barcelona, Juventus and now PSG.


The attacking right-back has overtaken Egyptian icon Hossam Hassan in the title charts, after winning 41 trophies thanks to dominating his country's league with Ahly SC and Zamalek.

Barcelona legend Andres Iniesta has won 37 honours in his stellar career, while Maxwell and another Egyptian, Ibrahim Hassan, have also won the same amount.

Alves started off his career at Brazilian outfit Bahia before leaving for La Liga side Sevilla in 2002.