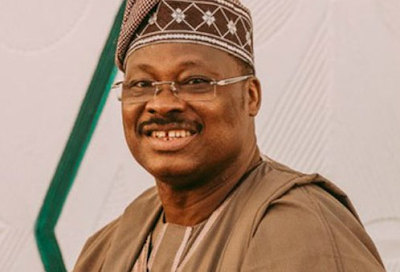 An Oyo State High Court yesterday charged the state governor, Abiola Ajimobi, with contempt. Also charged alongside the governor are the Oyo State Government, the Commissioner for Agriculture, Natural Resources and Rural Development, and the state’s Attorney General.

The ruling was delivered at Court 1, presided over by Justice Iyabo Yerima, on Thursday.

The subject of the litigation bothers on the revocation of contract awarded to Rahvet International Limited by the Oyo State Government for the construction of a 10,000 metric tonne 4 bin silos projects situated on Oyo-Awe Road, by Awe junction, Oyo town.

The projects currently stand at about 85 per cent completion.


In a case with suit number HOY/06/2019 between Rahvet International Limited (the claimant/applicant) and Governor of Oyo State, the Oyo State government, the Commissioner for Agriculture, Natural Resources and Rural Development and state Attorney General as the first, second, third and fourth defendants/respondents respectively, the claimant (Rahvet Int’l Ltd) had filed an application by way of motion exparte for two interim injunctions from the court, which were granted.

The court in a ruling dated 9th April had restrained both the claimant and the defendants from going to the project site or doing any kind of work on the site pending the determination of the legality of the contract’s termination by the government.

The motion ex-parte, as sought by the claimant and granted by the court, was an “interim injunction restraining the defendants by themselves, their assignees, officials, commissioners, permanent secretaries, agents, servants, privies or otherwise howsoever from forcibly taking over and breaking into the project site of the 10,000 metric tons 4 bin silos project situated at Oyo-Awe Road, by Awe junction, Oyo town pending the determination of the interlocutory application.

“Interim injunction restraining the defendants by themselves, their assignees, officials, commissioners, permanent secretaries, agents, servants, privies or otherwise howsoever from tampering with or in any way dealing with any or all of the equipment stored by the Applicant within the premises of the project site of the 10,000 metric tons 4 bin silos project situated at Oyo-Awe Road, by Awe junction, Oyo town or in any way attempting to install the equipment without the active and direct participation and main involvement of the Claimant and its Technical partners, that is, the Chinese equipment manufacturers, China National Heavy Machine Corporation (CHMC) pending the determination of the interlocutory application.”

During proceedings, counsel to the claimants, Mr Bode Elemide, told the court that he was surprised that the defendants could “deliberately, callously, maliciously and flagrantly flout the order of the Court”, just a day after the judgment by breaking into the project site and replacing the padlock.

He further told the court the names of some prominent personalities and top government functionaries who were part of the team that ‘invaded’ the project site to perform certain fetish ceremonies, adding that filing the contempt proceeding was in accordance with Order 42 Rules 9 and 10 of the Oyo State High Court (Civil Procedures) Rules, 2010.

Responding, Counsel to all the defendants, Mr Nojeem Abiola, a deputy director with the state ministry of justice denied knowledge of the incident, adding that he was not informed or carried along by the defendants.

He said he could also not ascertain the true position of the claimants on the invasion and disobedience of the court order before the Thursday court session.

Before giving the ruling, Justice Yerima noted that the court does not pry its eyes into the affairs of the other arms of government, wondering why any arm of government should disobey a court order.

She later ruled that the case be adjourned to May 14 for hearing on why the defendants should not be committed to prison for flouting the April 9th court order.