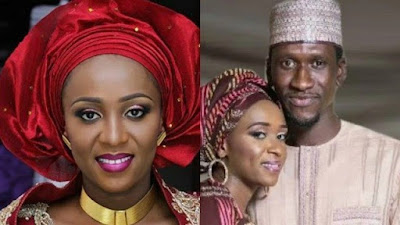 A Federal Capital Territory High Court in Maitama on Thursday dismissed a no case submission made by Maryam Sanda, accused of killing her husband, Bilyaminu Bello and ordered her to enter her defence.

Ruling on the submission on Thursday, the trial judge, Justice Yusuf Halilu held that from the preponderance of evidence of all the prosecution witnesses, a thick cloud has been formed by the prosecution making it important to call the other side to make their case.


Halilu held that by the evidence adduced before him, the offence is punishable under Section 221 of the Penal Code.

“From the evidence of prosecution witnesses one to six adduced before me, a thick cloud seems to form around the case of the prosecution, making it impossible at this point of time for the other side not to be considered.

“The submission of the no case to answer as it were in this particular situation is overruled.

Maryam is being tried before the court for allegedly killing Bello, her husband, who was a nephew of former PDP Chairman, Alhaji Bello Muhammad.

The court also discharged and acquitted Maryam’s mother, Maimuna Aliyu; brother, Aliyu Sanda and housemaid, Sadiya Aminu, who were accused by police of assisting Maryam to conceal the evidence by cleaning the blood of the deceased from the scene of the crime.

The judge held that the police, either by omission or commission, have clearly not done well in tying Maimuna, Aliyu and Sadiya, to the offence of screening.

“The no case submission of the 2nd, 3rd and 4th defendants is hereby upheld and they are hereby discharged and acquitted,” Justice Halilu held.

Halilu thereafter fixed May 6 for definite defence and ordered that the trial shall be on a day-to-day basis unless otherwise decided by the court.