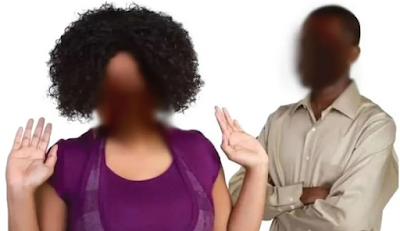 The president of Mapo Customary Court in Ibadan, Oyo State, Mr. Ademola Odunade, on Friday dissolved a seven-year marriage between Kaosara Aderinto and Emmanuel over deception.

Kaosara, a hair dresser, prayed the court to dissolve the marriage because Emmanuel deceived her into believing that he was a Muslim.

Odunade, after careful assessment of the case, dissolved the union, citing irreconcilable differences and threat to life as reasons.

He, however, awarded custody of the two children to their mother, Kaosara.

He also ordered Emmanuel to pay a monthly allowance of N10,000 for the children’s upkeep, in addition to being responsible for their education and other welfare.

Narrating her ordeal, Kaosara, who lives in Oleyo area of Ibadan, said, “All along during our courtship, Emmanuel deceived me into believing that he was a Muslim. That was why I agreed to marry him.

“However, on getting to his home, things changed completely as Emmanuel started forcing me to follow him to Church.

“Besides, Emmanuel’s mother began to be a pain in my neck because she started finding fault in anything I did in the house.

“The house in which we lived is our joint effort and I would have stayed with him, but his mother will not allow me a moment of rest,”  she alleged.

In his response, Emmanuel, who agreed to the divorce, denied that he deceived the petitioner into marrying him.

Emmanuel, a civil servant, however, argued that the plaintiff could not properly cater for the two children because she is always busy.

He, therefore, prayed the court to grant him custody of the children.