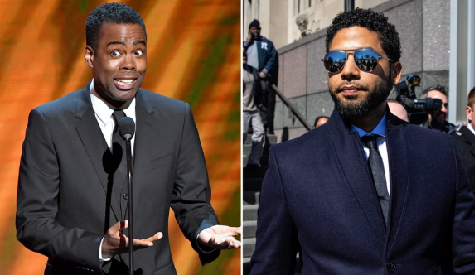 Chris Rock defied producers Saturday night at the 50th NAACP Image Awards -- because he had to -- and ripped Jussie Smollett.

Jussie was a no show, despite being nominated for Best Supporting Actor in a drama series for his work on "Empire." He had flown to L.A. and planned to attend but ultimately decided to bail.

Rock opened with this ... "They said no Jussie Smollett jokes ... I know. What a waste of light skin. You know what I could do with that light skin? That curly hair? My career would be outta here! I'd be f*cking running Hollywood!"

The crowd loved it, especially Trevor Noah, who laughed hysterically.