Did Kris Jenner FAKE Jordyn Woods Scandal To Save Keeping Up With The Kardashians? 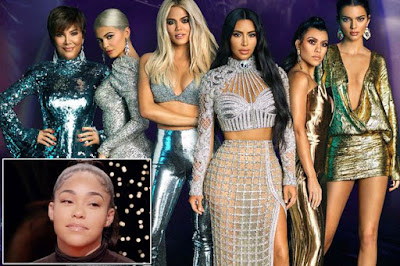 It takes a certain je ne sais quoi to keep a reality television series going for a staggering 16 years.

But if anyone can accomplish it then it's Kris Jenner. And viewers reckon the hawk-eyed matriarch has played a blinder this time by allegedly unleashing the ultimate tactic to get viewers hooked.

She was immediately excommunicated from the Kardashian klan and kicked out of Kylie's mega mansion.


And now fans reckon it was all a carefully orchestrated plan by the cunning Kris Jenner - who famously turned her daughters into millionaires with her wily ways - to revive the flagging cash cow that is Keeping Up With the Kardashians.

"I'm really wondering if Kris and them really masterminded this whole Jordyn thing because I know at least 5 people, myself included, who weren't even checking for her fitness brand before the scandal. Now we're all planning our fits. Seems like a strategy to me," speculated another.

And with KUWTK returning at roughly the same time as the much-anticipated final series of Game Of Thrones, some joked it'd be crafty KJ who ended up taking the throne for herself.

"Theres like 10 episodes before I HAVE to Keep Up With the Kardashians this season bc of Jordyn Woods-gate. Hopefully this doesn't interfer w Game of Thrones. Or hopefully it does and Kris Jenner ends up on the Iron Throne. The Night King works hard but Kris Jenner works harder," one quipped.