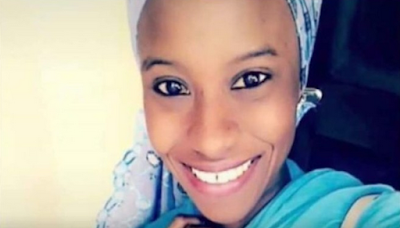 The Federal Government has secured the release of Zainab Aliyu who was arrested in Saudi Arabia for alleged drug trafficking.

The Permanent Secretary, Ministry of Foreign Affairs, disclosed this at a news conference in Abuja on Tuesday.

He said the government has been able to establish the innocence of Zainab and the second Nigerian involved in the case, Ibrahim Abubakar will be released tomorrow to the Nigerian Mission in Saudi Arabia.

There had been several calls for her release with President Muhammadu Buhari directing the Attorney-General of the Federation and Minister of Justice, Mr. Abubakar Malami, to swiftly intervene and secure her immediate release.


Following the President’s directive, the Senior Special Assistant to the President on Diaspora Affairs Abike Dabiri-Erewa, assured Nigerians that they were making good progress and she will be back, along with 2 others in the same situation.

Zainab who is a student of Maitama Sule University, Kano, was arrested after a banned drug, tramadol, was found in her bag.

She claimed it was planted in her luggage by unknown persons.

The student had reportedly travelled from Mallam Aminu Kano International Airport in company with her mother, Mrs. Maryam Aliyu, and sister, Hajara Aliyu, but was arrested over allegations that a bag bearing her name tag contained the unlawful substance.