#ENDSARS: Ruggedman Calls Out Abayomi Shogunle For Blocking Him On Twitter 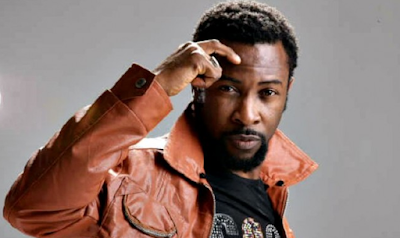 Ruggedman has called out the Head of Public Complaints Rapid Response Unit, Abayomi Shogunle, for blocking him on twitter. Ruggedman had joined other Nigerians calling for justice for slain Kolade Johnson who was allegedly shot by officials of SARS while watching a Premier League match at a viewing centre in Lagos yesterday.

While calling for justice, Ruggedman encouraged Nigerians to take to the street and also blasted the police force in the process.

Anyway, Shogunle blocked him and Rugged took a screen shot and showed his followers saying;

''Look who just blocked me because I said I am waiting on his tweet about an innocent man killed by a SARS officer. What a shame. If it’s a dumb tweet or act he will be fast to comment. We bring you a serious case and you keep mute and block people. What a disgrace to @PoliceNG.''
at April 01, 2019