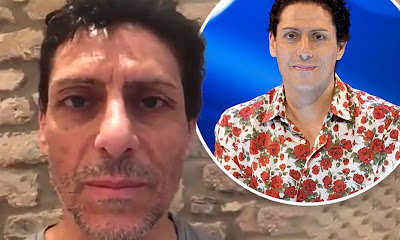 Former Eggheads quiz show star CJ de Mooi has taken to Twitter to post a heartbreaking revelation - that he is dying of AIDS.

Taking to the mircro-blogging site on Easter Sunday, the 49-year-old, whose real name is Joseph Connagh, wrote: 'I’ve been living with AIDS for 30 years but the agony of the last 3 years means I may not have many left.

'I’m outwardly healthy, still running and am staying positive I can get better.

'Thank you all for your love and if I can do anything to help any of you, please just ask. CJ.'

A tweet that appeared on the account five hours later was written by someone named 'Joe' and appeared to be updating CJ's followers on the situation.

Joe posted: 'Thank you so much to everyone who donated, commented, retweeted or sent support.

It appears de Mooi is on the brink of homelessness, having revealed his fears about this last month.

After being declared bankrupt, the quiz show star faced spiralling legal fees while fighting extradition to the Netherlands over claims he murdered a homeless man in Amsterdam in 1988. 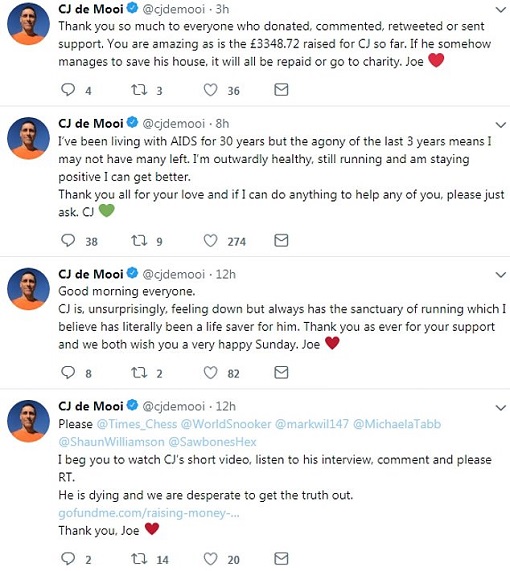