Girl, 4 Named A Hero After Keeping Her 2-Month Old Brother Alive For 3 Days After Dad Shot Mom & Killed Himself 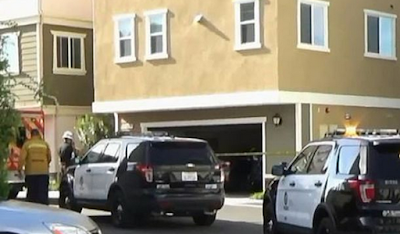 A four-year-old girl has been hailed a hero after she kept her two-month-old brother alive for three days after their father shot dead their mother before turning the gun on himself.

A neighbor discovered the two young children unharmed but dehydrated and hungry downstairs at the family's home in the Chatsworth neighborhood of Los Angeles on April 14 as their parents' lifeless bodies sat in an upstairs bedroom.

Investigators determined that the murder-suicide likely took place three days prior on April 11.


'Our little angel was able to keep herself and her brother alive,' Los Angeles Police Captain Maureen Ryan said of the four-year-old.

'The baby is a miracle baby and the little girl is a hero. She's an absolute hero.'