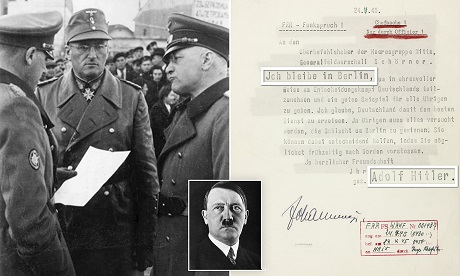 A telegraph dubbed 'Adolf Hitler's suicide note' in which the Nazi leader refused to flee Berlin in order to be seen as a valiant leader just days before taking his own life is up for auction.

The German chancellor sent the historic memo to one of his favourite commanders, Field Marshal Ferdinand Schörner, who had urged him to flee the besieged capital.

It states: 'I shall remain in Berlin, so as to take part, in honourable fashion, in the decisive battle for Germany, and to set a good example to all those remaining.

'I believe that in this way I shall be rendering Germany the best service.
'For the rest of you, every effort must be made to win the struggle for Berlin. You can there help decisively, by pushing northwards as early as possible.' 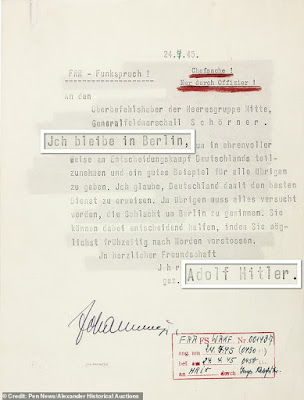 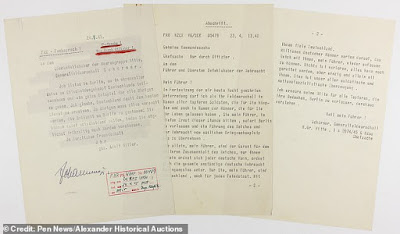