How School Leaver Was R*ped By Cultist In Ebonyi 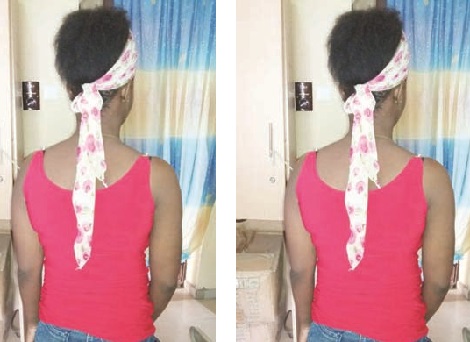 The incidences of r-pe in Ebonyi State has over time become an issue for critical discourse as the victims are usually underaged female without any strong economic base to prosecute the case in a court of competent jurisdiction.

A disturbing r-pe case which recently happened in Ebonyi involved a teenager who was celebrating her birthday on the day of the incident as a suspected rapist cashed in and spoilt her day.

“Miss Cynthia, 22, was in celebration mood and decided to step out to get some items for her birthday celebration after preparing a cake for the event when a man forced her to his room and forcefully had carnal“knowledge of her.

“ The incident occurred at Umualoma  axis of Nkaliki, Abakaliki Local Government Area of Ebonyi State where she resides with her parents. “After having unlawful carnal knowledge of her, the man allegedly locked her inside the room.


“ Cynthia said she had to pick a cell phone the guy left inside his room when he  locked  her inside and dialled her own phone which she left in her house and it was her elder sister who picked the call and came to her rescue as no one in the man’s compound agreed to open the door for her when she was screaming.

“ Narrating her ordeal, she said: “I was celebrating my birthday. I went out to get something for me and my male cousin to eat that evening. After getting the thing, on my way back, a guy just grabbed me and took me inside his room. I have never seen that guy and I don’t know him. I was shouting and  he said that even though I shout nobody will come to rescue me.


“After he finished r-ping me, he locked the door and went outside. Unfortunately, he left his phone in the room.

Then I used his phone to dial my phone which was in our house. It was my elder sister in the house that picked the call. I told them what happened. She told me to knock harder that someone will open the door.

I was knocking before a guy told him to come and open the door for this girl to come out. “Immediately he opened the door, I pushed him and ran outside. That was how I went home. His house is opposite our house in Umualoma area of Nkaliki. I have never seen his face before.

I have never had an“encounter with him before the incident. The occupants of that building were all there when the thing happened but they couldn’t do anything because they were afraid of him. When he opened the door, it was around 6pm.


"When the police came to arrest him, he ran away. He nearly killed one of the policemen with an axe.” Reacting, Cynthia’s father, Christian who called for justice for his daughter said: “I want justice because the information I got was that the guy is a rapist and he has been dragging girls into his house and raping them.


The people around there don’t talk to him because the guy is a cultist. Sometimes, when he drags any girl into his house, he would lock her there for some days.

“They said that he uses charms. After raping the girls, they would not be able to remember the house again. I think he was even surprised that this one recognised that building. So, it is something he has been doing and he often went scot-free.”

“Giving insight into the incident, Christian said: “I was called by her sister that she was not at home. When we called her line, it was ringing. It was her male cousin  that picked it in the parlour and told me that she went to buy something and he has not seen her since. So we tried but there was no way to reach her again.


“So, I returned home; took my daughter and we began to search through her phone to see the last call she made that day. We were trying the numbers but they were not going. Eventually, a call came in through her own set.


Her sister picked the call and it was her. ‘Where are you?’ She said that a guy dragged her into his room and r-ped her and then locked her inside. “Unfortunately, he went out and left his phone inside his room. She  used the guy’s phone and called her own phone which we picked.


After some minutes, she called to tell us she was home. We went there with a friend and this my daughter. The boy was sitting there. I tried to ask him questions but he was telling me that if I disturb him, he will shoot my leg.

“We left him and went to AK office and reported. So the AKs followed us. As at that time, it was around after 6pm or 7pm; it was a little bit dark. So, when we went there, he left the building and went to a building in front of his house and sat there; watching.

“By the time we arrived in his house, he was not there. Immediately we came out, he saw us and ran away. The AK guys went after him but they couldn’t catch him. They later found him in a dark place but he challenged the two AK guys with an axe and thereafter ran into the bush.

“We later went back to the AK office. We were there and my son called me saying that some boys had caught him as he went to pack his luggage. They held him but as they were struggling, he stabbed the boy that held him and the boy left him and he ran away again.


“A Medical Doctor at Federal Teaching Hopital Abakaliki, FETHA, Dr Irechukwu John who examined Cynthia told South-East Voice that the man actually had intercourse with her with complete penetration and ejaculation.