Husband Strips Wife N-Ked, Tortures Her For Refusing To Dance For His Friends 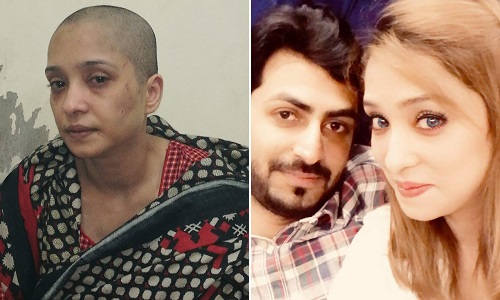 A Pakistani husband has been arrested for allegedly torturing his wife by stripping her n-ked, beating her and shaving her head after she refused to dance for his friends.

The disturbing incident came to the attention of the authorities after a woman covered in bruises appeared in a video on social media, identifying herself as Asma Aziz and begging the public for help.

Asma, from Lahore in Pakistan's north-eastern Punjab province, says in the video that her husband Mian Faisal and his colleagues became enraged when she refused to dance for them.


She alleges that they humiliated her by removing all her clothes and shaving her head, then used iron pipes to beat her.

'He took my clothes off in front of his employees. The employees held me as he shaved my hair off and burned it,' she says in the video.

'My clothes were bloody. I was bound by a pipe and hung from the fan. He threatened to hang me naked.'

Asma says that although Faisal was kind and loving when they first married four years ago, after just six months she noticed his behaviour beginning to change.

The mother-of-three says he began to beat her - particularly after drinking alcohol - and often invited his 'vulgar' friends for parties at their house.

In the footage posted on Wednesday, a tearful Asma details how she escaped from the house the day after the alleged attack and managed to get to a police station.

But she says officers refused to register her case because she could not pay a bribe.

She further alleges that they refused to grant her access to medical treatment, insisting that she pay them first.

She said she felt her only option was to ask the public for help, as her parents are dead and she has nobody else to turn to.

After seeing the viral video, Shireen Mazari, the Minister for Human Rights in Prime Minister Imran Khan's cabinet, wrote on Twitter that his office had taken notice and ordered the arrest of two men - Asma's husband Mian Faisal and his employee Rashid Ali. 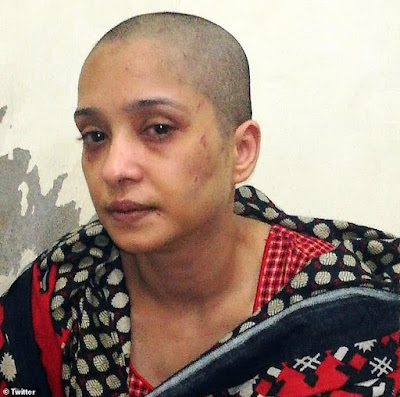 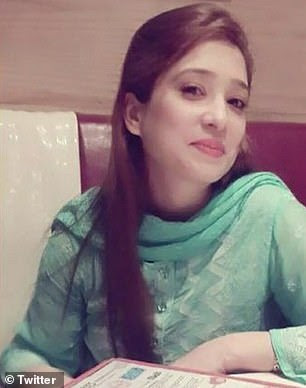 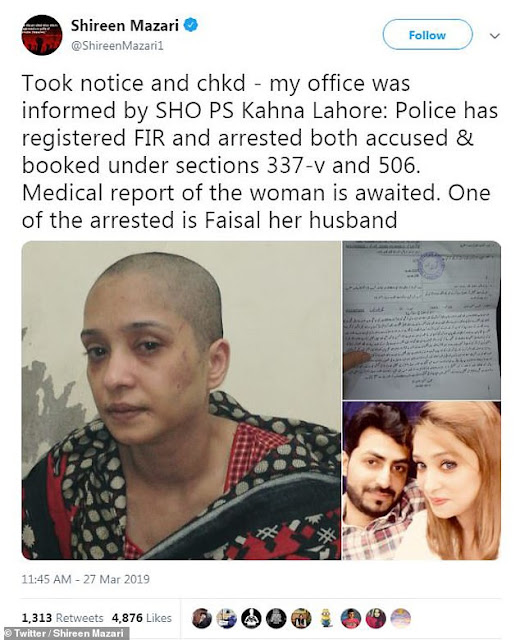