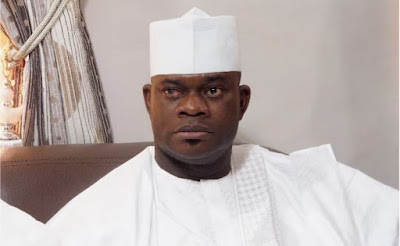 Governor Yahaya Bello of Kogi says he is still a member of the All Progressives Congress (APC) as there is no crisis in the state’s chapter of the party as being reported by the media.

Bello spoke with State House correspondents on Monday at the sidelines of the Induction of New and returning governors at the Banquet Hall of the Presidential Villa, Abuja.

He said the outgoing and the incoming governors needed to be inducted so that they would be informed on the challenges ahead.

”I think all I can say about my state is that the APC is not in crisis in Kogi. ”The real elders and the real stakeholders, the youth, the women and people of integrity know that Kogi chapter of the APC is intact and that was why we were able to deliver the state for the President.


”So I want to assure you that the APC in Kogi is intact and I remain a bonafide member of APC and as a matter of fact, I rebuilt the party in Kogi State form the scratch to what it is today and we are able to achieve this feat.

”So those that are making certain passes of me leaving the party I think that is their wish and by the grace of God their wish will never be granted,” Bello said.