I Was Given Police Pistol To Protect Ballot Box- Suspect 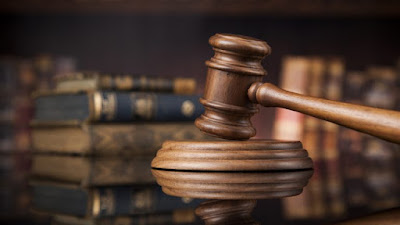 An Ikeja Magistrates’ Court, on Thursday ordered that a 35-year-old man , Theophilus Tyozenda, be remanded in prison for allegedly defiling a12-year-old girl.

Magistrate Nwaka who did not take the plea of the defendant, adjourned the case until May 24 for mention.

Tyozenda, who resides at No.1, Agunmo St., Opposite Seven Star Filling Station, Amuwo Oke-afo, Badagry, Lagos, is charged with defilement.


The Prosecutor, Inspector Christopher John, alleged that the defendant committed the offence on April 6, at 8.30 pm at his residence.

John alleged that Tyozenda had sexual intercourse with the 12-year-old-girl without her consent.

The offence contravenes the provisions of Section 137 of the Criminal Law of Lagos State, 2015, and is punishable with up to life imprisonment.