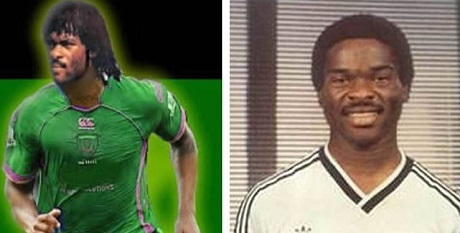 Mother of late Super Eagles player, Sam Okwaraji, has asked the federal government and other relevant authorities not to abandon him but to immortalize him so as to encourage national sacrifice.

Ma Janet Okwaraji who is in her 90s spoke when a delegation from a non-governmental organization, The Compassionate Heart led by Rev Fr Frankline Muo visited her residence in Abakpa, Enugu state to celebrate the 2019 mother’s day with her.

The aging woman regretted that 30 years after her son slumped and died on active duty for the country, nothing had been done to appreciate the selfless sacrifice.


Okwaraji slumped and died while playing for the Super Eagles against Angola at the National Stadium, Lagos in a FIFA World Cup qualifier that ended 1-0 in favour of Nigeria on August 12, 1989.

Ma Okwaraji stated while receiving her visitors that her late son loved the country and did all within his ability to contribute to its growth.

She said: “he excelled as a young boy and combined study with football to the point of pursuing a doctorate degree programme in Germany before the unfortunate incident that claimed his life”.

She stated that she decided to open a school in memory of the late footballer after waiting on the government to “immortalize him to no avail’, pointing out that, she would always remember him “for being a good and hardworking boy”