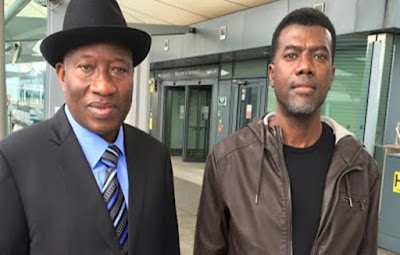 A former presidential aide and staunch critics of the APC led administration, Reno Omokri, has revealed that ex-president Goodluck Jonathan called him and appealed to him to show more respect and kindness to President Muhammadu Buhari.

In a statement he issued, Omokri stated: “I just don’t know how God created Goodluck Ebele Jonathan. I have never met a man, whether Pastor, Imam or Pope, with as much humility as former President Jonathan. He called me and appealed to me to show more respect and kindness to President Buhari. Would Buhari do that to him or Obj or IBB?”, he asked.