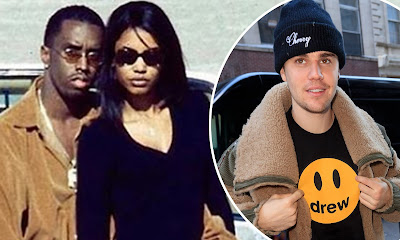 Justin Bieber has been slammed by fans for using a tribute Diddy posted of late girlfriend Kim Porter to promote his clothing range.

The Sorry hitmaker, 25, came under fire after he shared a photo the rapper posted of his longterm partner- who died aged 47 in November - and tagged his clothing brand Drew House.

The Baby singer's fans lambasted him on social media, urging him to delete the post, with Justin defending himself, saying he was appreciating the photo as 'art' and that he didn't realise Diddy had shared the photo as a tribute to Kim.

Diddy, 49, posted the photo - showing him and Kim in the first throes of their romance in the 1990s - at the weekend. She was tragically found dead in her home last November.


In the snap, Diddy is dressed in a brown suit while his arms wrapped around a stunning Kim as they lean on a luxury car.

Justin reposted the image, with the caption: '@drewhouse #diddyfordrewhouse @diddy KP YOU WILL ALWAYS BE REMEMBERED FOR THE STUNNING WOMAN YOU WERE INSIDE AND OUT'.

One fan wrote: 'Delete this sir, he shared this picture in memory of his wife not for promo for the clothing line.'

Another added:  'Delete this he was mourning his girlfriend under the post. This is disrespectful.'

A third wrote: 'Hope this gets taken down. Disrespectful to re-use a photo Diddy used on a memorial post to promote a brand.'

He wrote: 'You're wrong. God knows my heart, I know them and their family, don't tell me I am being disrespectful.

'I have all the respect for both of them, I didn't realise it was a photo of him mourning KP but I totally respect that but I also respect how sick of a photo that is!

'It's allay to appreciate art photographs are art, and he happens to be wearing an identical outfit of my clothing line and I thought that was really cool.'