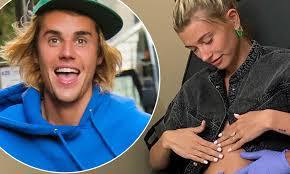 The 25-year old singer posted an ultrasound image on Instagram without any explanation in the caption on Monday, which gave the impression he and wife Hailey Baldwin were expecting their first child together.

The snap, and a series of follow-up shots, set off a frenzy of comments from fans and celebrities alike, who either offered their love and support or questioned whether this was an April Fool's stunt.

When Bieber finally copped to the joke, a number of people took to social media and left scathing comments.


This is all started around one in the afternoon with that ultrasound image. The comments came fast and furious.

Ellen DeGeneres was skeptical: '@JustinBieber, if you're April Fooling me, so help you.'

While Kris Jenner got emotional and wrote, 'Ugh I actually got chills.... I almost cried then I realized what day it is.' Actor Brent Rivera added, 'GOT ME!! wait, unless ur serious and ur gonna be a dad.'

After the initial post, Baldwin seemed to shoot down pregnancy buzz by commenting with a tone of sarcasm: Very funny...'

But still her husband doubled down on the plan and posted three more photos showing Baldwin surrounded by a couple of medical professionals who are touching her stomach region.

'If U thought it was April fools,' he wrote in the caption.

Shortly after Bieber finally confessed to the April Fool's joke when he shared the same sonogram image, but with a puppy photoshopped in the middle.

'Wait omg is that a,,, APRIL FOOLS' the singer put in the caption.

Some people applauded the Sorry singer for his 'genius' prank with comments like: 'AWHHH MAN!! You got us all! We were sending up prayers and all! lol'

Bu there were many others who slammed him for being insensitive to couples who have struggled to conceive or have lost a child.

'As a woman that can't have children I find this disgusting and disrespectful,' sgsmiles30 commented. 'It just shows how immature you still are. Wouldn't it be Karma if you couldn't have children? I hope you at least have the decency to apologize for such a careless, disgusting act! If not shame on you and your mother for not teaching you right from wrong!'

User yaz.canales added: 'Pregnancy is not a joke... there is a lot of women who have lost babies and others who can not have them and you think it’s a joke.'

'I’ve always loved you and your music, but after this I don’t,' princssdarien2 commented. 'You just don’t joke about this. As someone who has lost a baby due to miscarriage, this just isn’t funny.'

abbs72889 wrote: 'This is f****** disgraceful. I hope you and your family never actually go through miscarriage or infertility. You have no idea what it’s like.'

One follower shared a simple: 'Wtf.'

At last check, Bieber has not responded to the backlash, and all three of his April Fool's posts remain on his Instagram page. 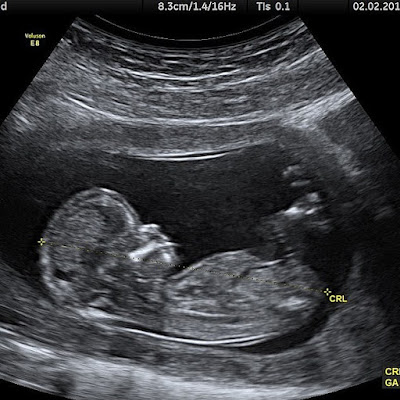 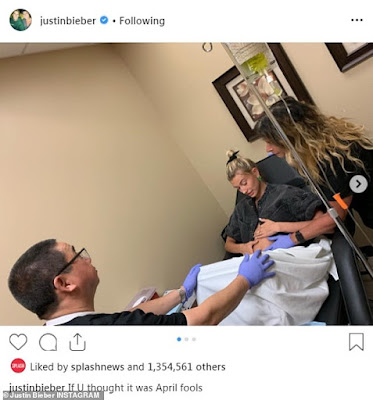 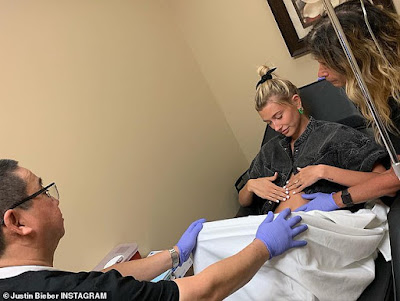