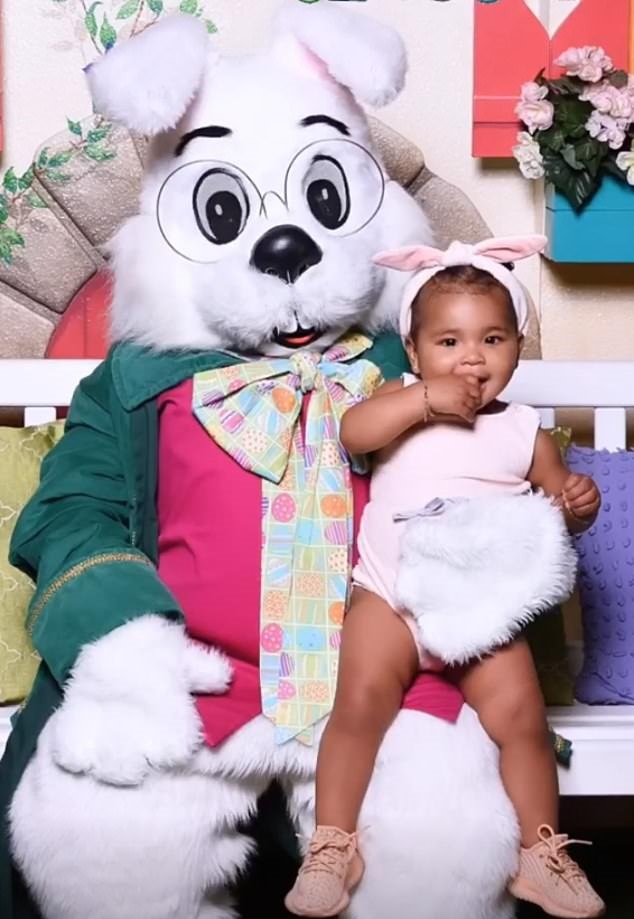 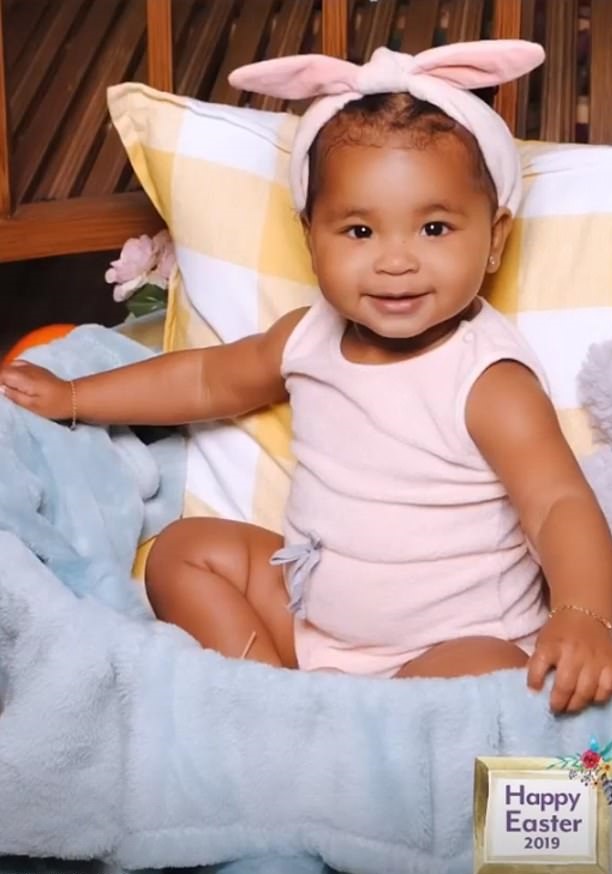 She gave birth to her daughter just over one year ago. And on Sunday, Khloe Kardashian celebrated True's second Easter by sharing a couple of adorable photos to her Instagram Stories.

In both pictures Khloe shared to social media, True donned an adorable pink bunny costume with a fluffy white tail.

In one photo, the daughter of True Thompson sat on the lap of a giant white rabbit wearing glasses.

In the other photo, she sat on a light blue blanket with a yellow and white plaid pillow behind her.