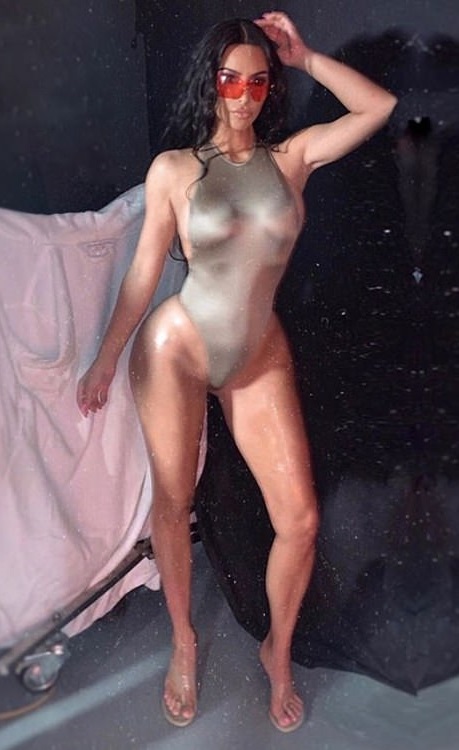 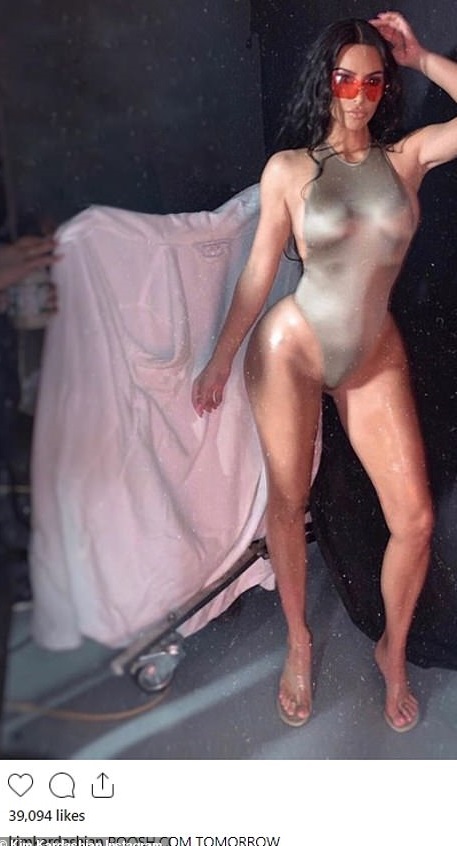 She's no stranger to showing off her sculpted curves. Kim Kardashian posted a photo to Instagram on Monday showing herself in a high cut silver bodysuit that seemed to cover as little as possible to promote Kourtney's website.

The revealing photo came a day after the 38-year-old reality sensation returned to TV with the premiere of season 16 of Keeping Up With The Kardashians.

Aside from a white robe held by someone in the background, she only had on a pair of clear flip-flops and large orange-tinted glasses.


The site, which doesn't exist yet aside from a topless photo of Kim's sister Kourtney Kardashian, 39, appears to be a lifestyle company of some kind.

In Kourtney's own ad for her site, she appeared reclined on a bathroom counter in the nude, aside from a carefully placed teacup and laptop.