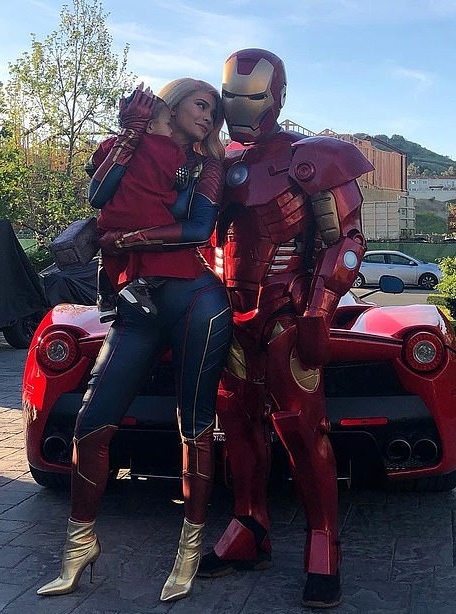 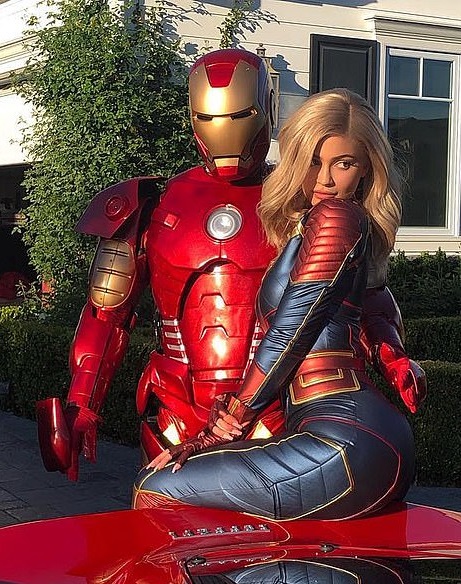 He turns 27 on April 30th. But Kylie Jenner decided to throw her beau Travis Scott a birthday party a few days in advance.

Kylie looked Marvel-ous in a skintight Captain Marvel ensemble that showed off her peerless curves.

She even upped the ante with a pair of golden stiletto boots, adding a couple inches to her 5ft 6in frame.


The Keeping up with the Kardashians star also managed to cradle her and and Travis' daughter Stormi in her arms as she smiles at her beau.

Kylie shared a photo of her and her man to her Instagram and captioned it, 'happy end game everyone.'

Travis looked super himself as he went full out, donning a classic Iron Man ensemble from head to toe.

The Astroworld creator kept his mask on  as he wrapped his arm around his beautiful lady. 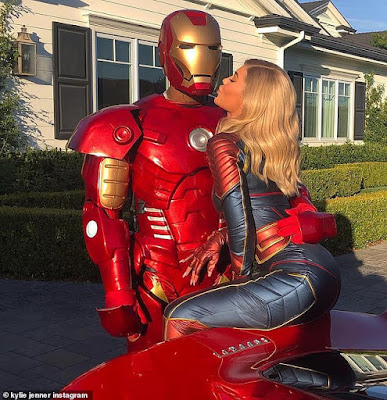 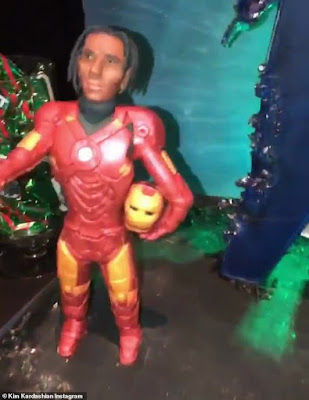 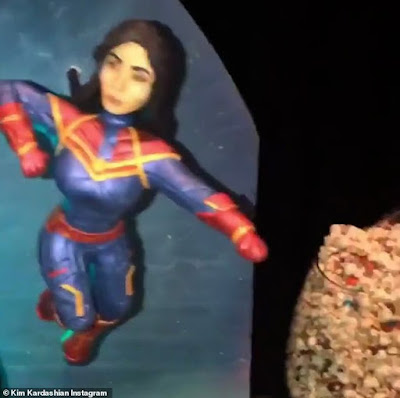 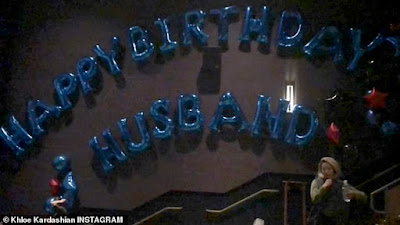