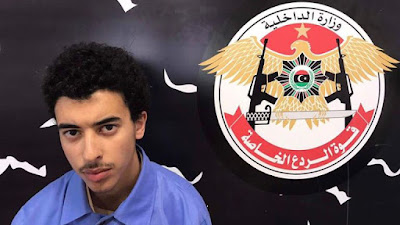 Libya is ‘ready to extradite’ the brother of the Manchester Arena suicide bomber to the UK - but won’t until the fighting stops in the country.

Hashem Abedi is the younger brother of Salman Abedi - who carried out the terror attack in May 2017, killing 22 people, more than half of whom were children, and injuring 139.

The 21-year-old is a suspect in that atrocity and is currently being held in Mitiga Prison in the capital Tripoli.

The Libyan Interior Minister Fathi Bashagha told the BBC the facility is secure despite the fighting in and around the city.


The full inquest into the suicide bombings, which took place at an Ariana Grande concert, had been delayed pending a criminal probe into Hashem.

But Bashagha today confirmed that he will be returned to the UK.

The government had agreed to hand over Hashem just before fighting broke out last month, the BBC reported.

The extradition process will now begin as soon as the security situation in Libya has stabilized.

The ongoing conflict has raged between rival militias since a military commander launched an offensive earlier this month. The self-styled Libyan National Army, led by Field Marshal Khalifa Hifter, are battling rival militias allied with a weak, U.N.-supported government.

The World Health Organization says the fighting has killed more than 270 people, including civilians, and wounded nearly 1,300. It says more than 30,000 people have been displaced.

The second anniversary of the May 22 Manchester bombing is approaching, and friends and family of the victims had all but lost hope of justice.