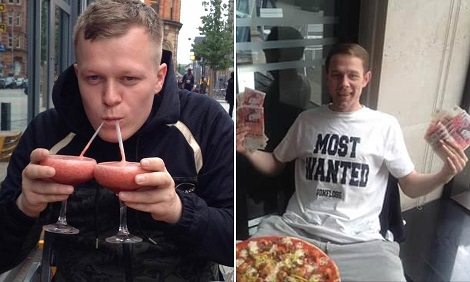 Lottery bosses have refused to pay out a £4million jackpot to two players who they suspect had bought the ticket with a stolen debit card.

Organisers Camelot grew suspicious of Mark Goodram, 36, and Jon-Ross Watson, 31, when it emerged neither of them had a bank account to receive the winnings.

The pair reportedly could not explain where the debit card had come from, claiming it was a friend called John but failing to provide any details.

According to The Sun they claimed that 'John' had disappeared 'up North', but lottery organisers have not paid out as they investigate the winnings.

Watson, from Bolton, is reported in local media to have several convictions for offences including bank fraud.  AWWWW lol