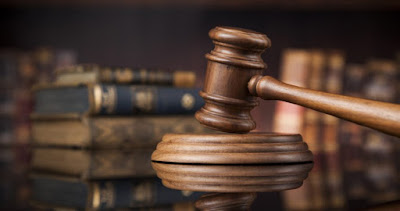 A 28-year-old man, Abdul-Salam Wasiu, on Wednesday appeared in a Badagry Chief Magistrates’ Court, Lagos State, for allegedly posting a fake picture of an insane girl inside a gutter on Facebook.

The police charged Wasiu, whose address was not given with two counts of breach of peace and belonging to secret a society.

The Prosecutor, ASP Akpam Ikem, told the court that the defendant committed the offence on April 15 at 2.54 p.m., at No. 130, Aka Road, by Church Bus Stop, in Ajangbadi area of Lagos.

Ikem said the defendant conducted himself in a manner likely to cause breach of peace by posting a defamatory statement on social media.


He said that the defendant sent a video of a girl in a gutter on Facebook, against New Planet Hotel, located on Aka Road, Ajangbadi.

Ikem said the video the accused sent was with the caption:`This girl just got mad this moment at Aka Road; the girl just come out from the hotel shouting planet yahoo boys have used the girl, the story known to be false.

The accused, he said, also confessed to be a member of an unlawful society, a secret cult group known as Eiye confraternity.”

He said the offence contravened the provisions of sections 168 and 44 of Criminal Law of Lagos State, 2015, as amended.

The accused, however, pleaded not guilty to the charge.

The Chief Magistrate, Mr Patrick Adekomaya, admitted Wasiu to bail in the sum N50, 000 with one surety in like sum.

Adekomaya adjourned the case until May 28, for hearing.