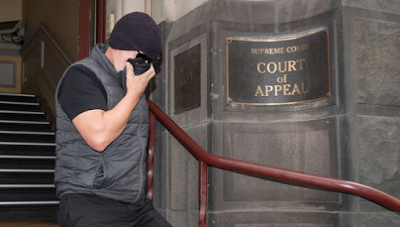 An Australian man who claimed his supervisor bullied him by farting at him several times a day has lost a multi-million dollar compensation claim.

The engineer alleged that his former supervisor, Greg Short, repeatedly broke wind inside their windowless communal office, forcing him to move to a new office space.

The situation continued, however, as Mr Short would enter his new office and fart in his presence.


“He would fart behind me and walk away. He would do this five or six times a day,” Mr Hingst said.

“He thrusted his bum at me while he was at work.”

He claimed Mr Short's actions were intended to get rid of him, and said he suffered psychological damage.

A court previously heard that the claimant had called his boss 'Mr Stinky' and sprayed deodorant at him.

The state of Victoria's Court of Appeal upheld a previous ruling against the plaintiff and said that breaking wind at colleagues did not necessarily amount to bullying.

Mr Hingst claimed that his employer had bullied him by firing him in 2009, but the firm said the global economic downturn that year was responsible for the termination his employment.

The former engineer says he will now appeal the ruling to Australia's High Court.