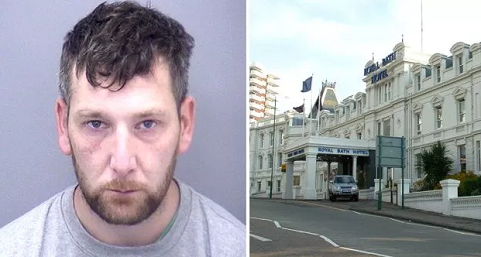 A man who removed his condom during consensual sex with a prostitute has been jailed for 12 years for raping her.

Lee Hogben, 35, ignored his female victim's repeated objections and carried on having unprotected sex with her in a hotel room.

In doing so Hogben 'broke the agreed terms of consent' with the escort who then went to the police.

He was arrested on suspicion of rape the next day and forensic tests taken from the complainant matched Hogben's DNA to a probability of one in a billion.


Hogben denied the charge of rape but was found guilty following a trial.

After being jailed for 12 years Hogben threatened to shoot the sentencing judge in an angry outburst.

Appearing via video-link at Bournemouth Crown Court, Dorset, he told Judge Stephen Climie: "I'm coming for you. You'll get a shotgun in the face at night."
at April 24, 2019