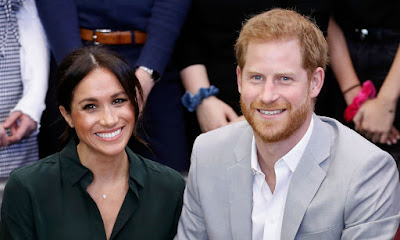 Instagram went into meltdown when Harry and Meghan unveiled their own account, Sussex Royal, on Tuesday afternoon.

The profile, described by an expert as 'highly stylised', racked up a staggering 150,000 followers in just 30 minutes, and by Wednesday morning had accumulated a jaw-dropping 2.2 million followers.

Among the followers are celebrities David Beckham and Gwyneth Paltrow, as well as Princess Eugenie who commented 'welcome cousins'.

Kensington Palace's account, which has now been assigned to Prince William and Kate, currently stands at 7.1million followers.


The Duke and Duchess of Sussex's first post - which announced they were joining the social network along with a gallery of their highlights - received 755,000 likes by Wednesday morning.

And followers were keen to share their support for Harry, 34, and Meghan, 37, who are expecting their first child this month and are expected to share the first picture of their little one online. 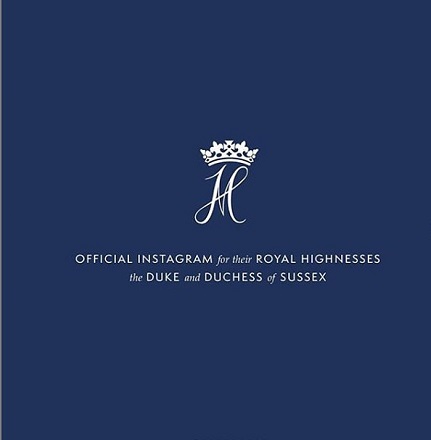 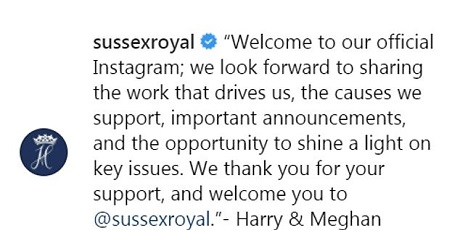